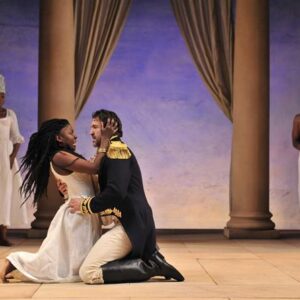 At the fringes of a war torn empire a man and woman have fallen desperately, passionately in love. But for a soldier sent to enforce the imperial will and the queen of a people intent on throwing off the yoke of empire, there is no place for personal desire.

Antony and Cleopatra are born to lead, to bend the world to their will and their every action has consequences for the thousands of people caught within the orbit of their influence.

Former RSC International Playwright in Residence Tarell Alvin McCraney has created a stripped down, radical new version of Shakespeare’s gripping story of romance set against a world of imperial politics and power play and transports us to 18th century, sun-soaked Saint-Domingue on the eve of revolution. 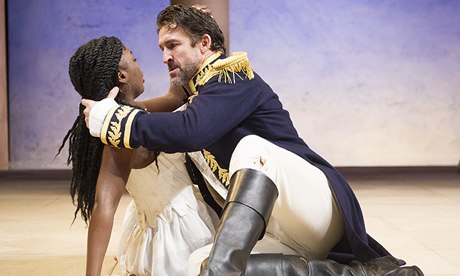 Jonathan Cake and Joaquina Kalukango in Antony and Cleopatra 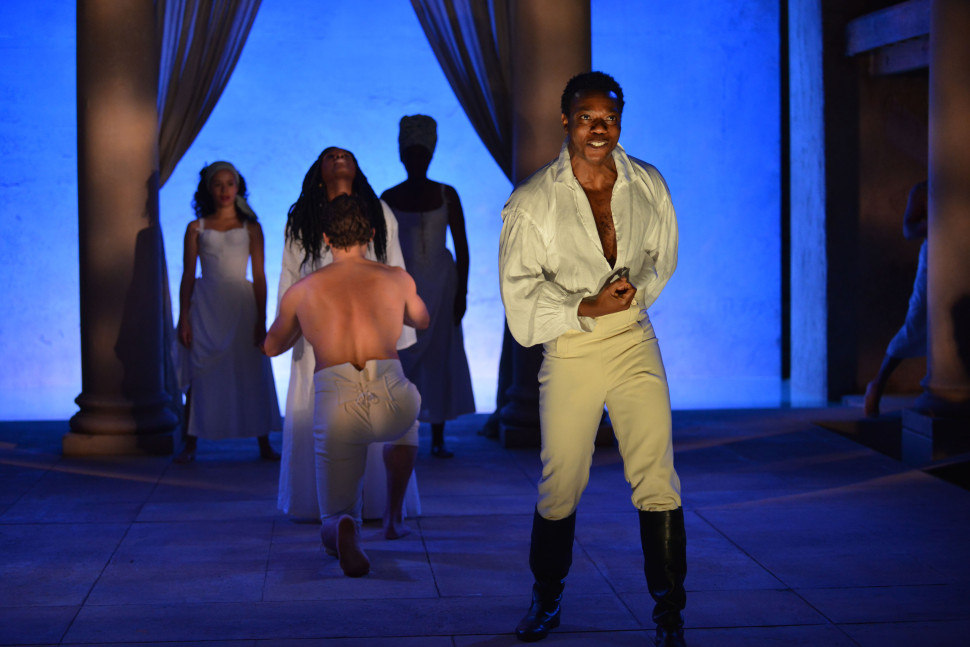 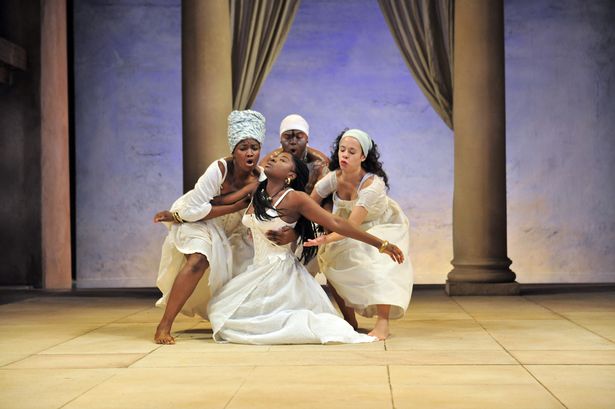 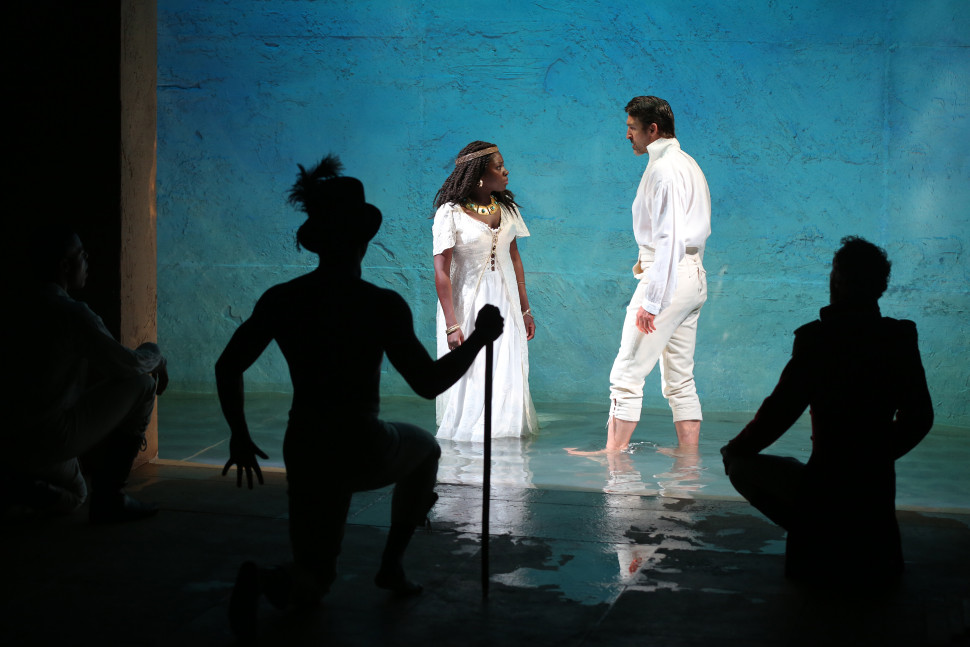 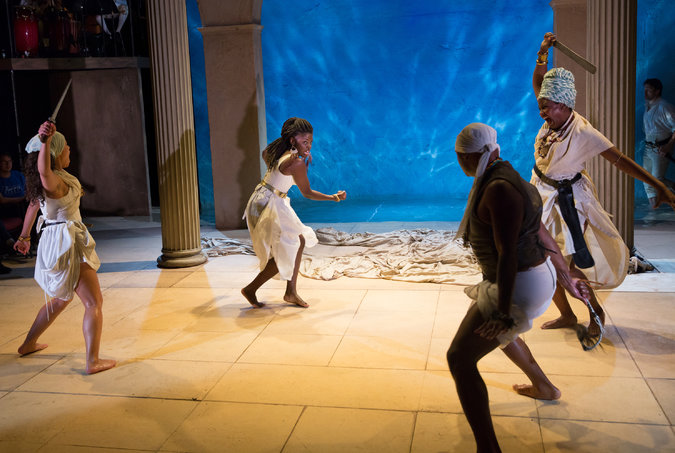 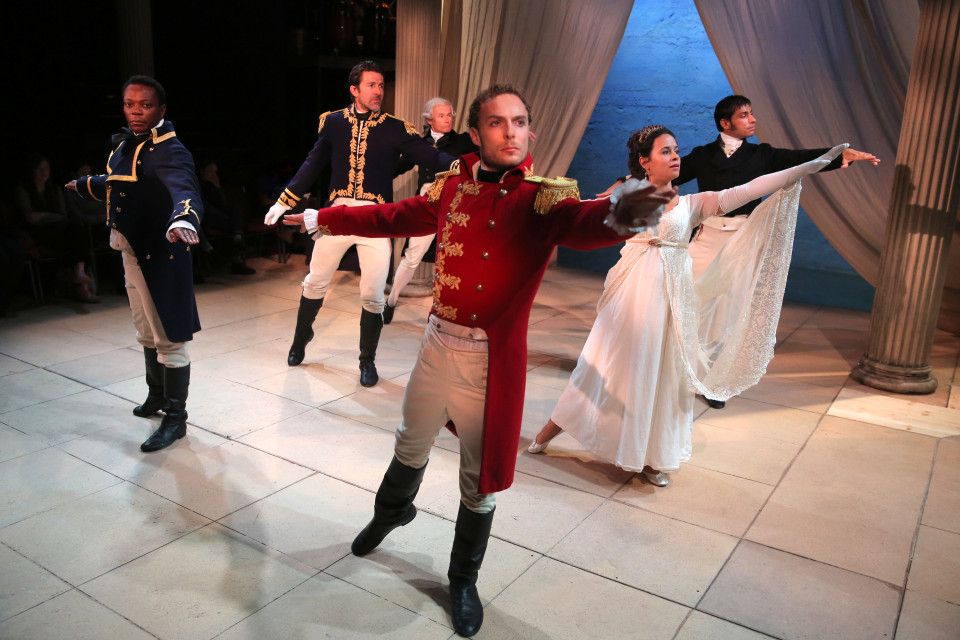 The company of Antony and Cleopatra, edited and directed by Tarell Alvin McCraney, running at The Public at Astor Place. Photo credit: Joan Marcus. 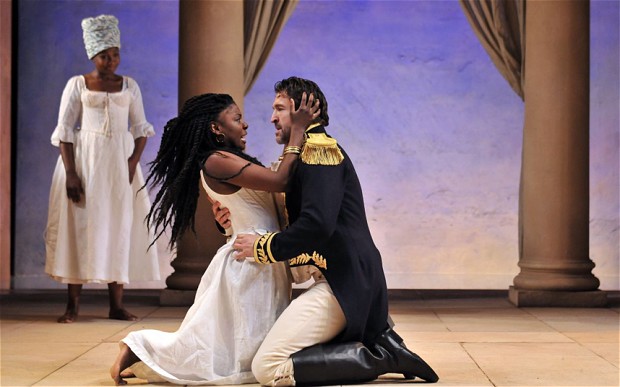 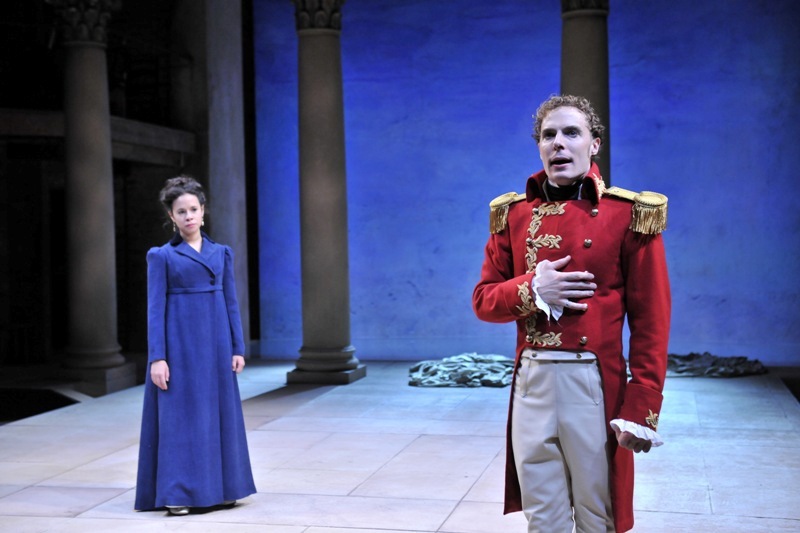