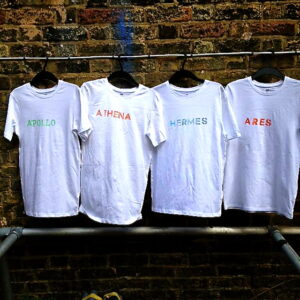 Hand to God
The Dark Room

A new short play written by Paul Webster for a company of Young People from Petchey Academy, Dalston, as part of Almeida Projects’ Greek Residency.

This piece was created, developed and scripted by a professional playwright, lead facilitator and alongside this group of vibrant and switched-on Young People, as a response to the Almeida Theatre’s main production of Orseteia.